For those of us in the industry National Surveillance Day seems in many ways overdue. A nod to the world outside of CCTV's existence and its importance in our everyday lives. However, for all of us in the security industry working day to day encapsulated in our own little world, its easy to be mesmerized by the rapid advances in technological improvements.

A badger haired veteran like myself remembers (fondly!) soldering 16 way Plugs and sockets for the Dennard Pan/Tilt Platform Motors and configuring them with Baxall Telemetry Control Panels, some seemingly the size of a post box, way back in those rose tinted days of the 90's. This is a far cry from the plug & play CCTV cameras of today, where engineers no longer need to know the Resistor Colour Code chart or learning the finer arts of soldering in a hailstorm. Yet, like all inward looking industries, it is always far more interesting to step aside and look at how the world outside our sphere has viewed CCTV (sic!) in the last couple of decades.

We could gravitate towards a variety of learned thesis's or plough through a matrix of comparative Home Office statistics for information but instead, I think it is the 'silver screen' that reinforces the legend of CCTV surveillance in the conscious of Joe Public.

Reality and consumer orientated TV programmes have served CCTV well, programmes like Crimewatch for example, albeit at times the quality of the images used to highlight specific crimes have been embarrassingly poor. These programmes are based on fact; and consumers wanting that information are a ready made audience. However the use of CCTV surveillance in the movies is much more powerful in my opinion. The subversive influence of CCTV can in these instances have a far more decisive effect on the viewers memory a 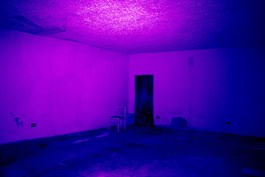 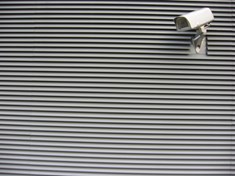 "James Bond" films have regularly featured CCTV surveillance. "Thelma & Louise" included CCTV footage of their robberies in the film and who can possibly forget "Jason Bourne" being tracked by the CIA in Paris commandeering street cameras remotely, as they sent their Assassins after him. In fact, the more we look into films and TV the more we see the everyday acceptance of CCTV within our lives.

"Ninenteen Eighty Four", the film of the Orwellian literary masterpiece that introduced the words "Big Brother" to an unsuspecting world, possibly remains the Grand-Daddy of all the films in which CCTV surveillance remains an essential part of the films tapestry. But there are other heavyweight contenders too. "Panic Room", the thriller starring Jodie Foster has video surveillance as a key element of the plot. Similarly, "The Hunger Games" focuses heavily on surveillance particularly in the Dome, this link to CCTV is more subtle but the viewer knows that all of Panem is watching, so by default, recognises CCTV is watching the contestants every move. Continuing the CCTV for entertainment theme, "The Truman Show" has thousands of cameras capturing Truman Burbanks seemingly everyday life in Seahaven as a real life soap opera for a worldwide audience. The Sci-Fi genre has also given us much food for thought especially to where the future lies, "Minority Report" starring Tom Cruise was filmed in 2002 and remains an interesting vision of security in the future.

In fact the more you look into the movies, the more and more examples you'll find of CCTV Surveillance becoming an everyday commodity in our lives.

To commemorate the first Surveillance Camera Day we have set up a poll so you can vote for your favourite CCTV surveillance themed film - simply vote here or follow us on Twitter, Facebook or LinkedIn where you can also cast your vote.

About the Author – Max Smith

From studying for a Politics degree, Max took the less than obvious path into the environs of Security as a Locksmith back in 1985! Thirty plus years later, it’s a journey that has seen the achievement of NSI Gold accreditation for Intruder Alarms, Access Control & CCTV, plus the introduction of a sister company specialising in Gate Automation Solutions. With a wealth of both Engineering & Management experience Max has an active interest in the evolution of the Security Industry and its future direction. 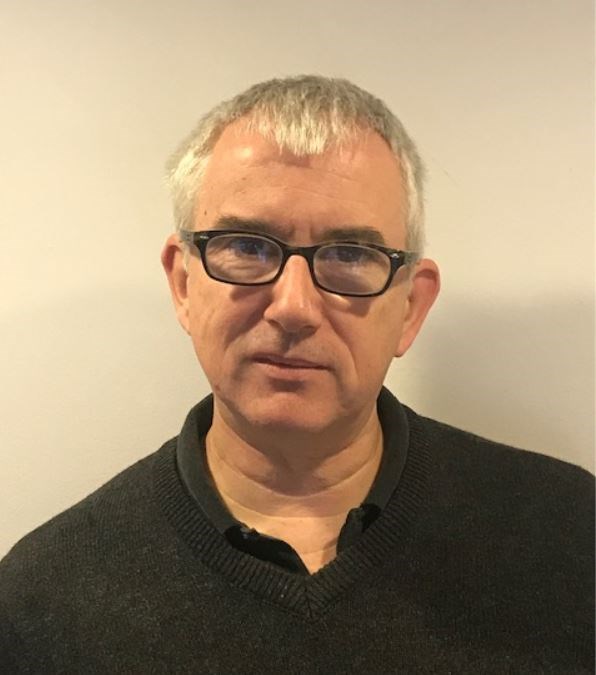 To assess your security solution requirements, we offer a free site survey in the South East of the UK.  To book simply complete the form here, call us on 0118 978 3381 or email us at info@scssecure.co.uk